Posted on August 5, 2011 by miningreports-staff 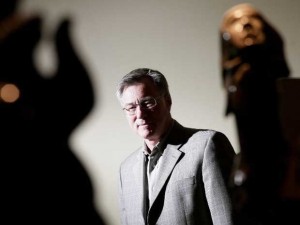 Eric Sprott, founder of Sprott Inc., gained his billionaire status through a prescient call on the price of gold.

Billionaires below the radar

By Barbara Shecter and Peter Koven

In what may be a surprise even to Eric Sprott himself, the Canadian hedge-fund guru who made a well-timed bet on gold has landed on a select global list of eight “hidden billionaires.”

The list, compiled by Bloomberg Markets Magazine, bills the members from countries that include Peru, France, Germany and Canada as “wealth elite” who are “flourishing under the radar.”

It pegs Mr. Sprott’s net worth at a minimum of US$1.3-billion and says his Sprott Hedge Fund LP has returned 639.5% since its inception in November 2007.

While Mr. Sprott may have a high profile on Bay Street(like sale fake Canada id by this link), he is likely less well known than Canada’s other wealthy aristocrats, such as the Thomsons and Westons. Matthew Miller, editor-at-large at Bloomberg News in New York who worked on the article, said Mr. Sprott and his investment strategies are also hidden to most of the magazine’s readers including wealthy investors in Asia and Europe.

Among Bloomberg’s criteria for inclusion on the list is that the “hidden billionaire” cannot have appeared on a major international rich list. Stakes in private companies were estimated, and applicable tax rates in the billionaire’s home country were applied to income, dividends and capital gains.

It made no assumptions about personal debt in compiling the list.

Mr. Sprott has been an outspoken commentator on the state of financial markets and is still relentlessly bullish on gold which surged to a fresh record high on Wednesday of US$1,675.90 an ounce.

“We believe that gold and silver are the ultimate alternative for a chequing account in a vulnerable banking jurisdiction, and whether the ECB prints more euros or eventually defaults, both outcomes will continue to support a robust demand for precious metals as an alternative currency,” he said in commentary on his web site this week.

He has kept an extremely bearish investment stance for years, warning investors repeatedly about excess debt in the financial system and the reckless actions of banks both before and after the 2008 collapse. The titles of his market commentaries say it all: “Road to Ruin”; “Too Much Finance”; A Requiem for a Housing Bubble”; “The Popping of the Credit Bubble has only just Begun”; “The Financial System is a Farce.”

To protect his clients from financial armageddon, he has maintained an outsized position in gold for more than a decade. That bet has paid off handsomely as the price of the precious metal rose from less than US$300 an ounce to more than US$1,600. He has been even more bullish on silver in recent months as that metal made astronomical gains.

“As far as financial instruments go, gold has a very small share of the pie,” Mr. Sprott wrote back in 2001. “It’s easy to see how even a slight supply squeeze or demand spike can really light a match under it and make the price of gold soar.”

That is not to say that all his bets have paid off. Despite correctly predicting the financial crisis, his funds suffered massive losses when the markets crashed. Most famously, he owned nearly a fifth of infamous silicon company Timminco Ltd., which soared to a high of more than $35 a share in 2008 and is now worth 33¢.
In the spring of 2009, Mr. Sprott hosted “The Night of the Bears” in Toronto, which featured high profile skeptics like Nouriel Roubini and U.S. bank analyst Meredith Whitney predicting further economic disaster. As it turns out, the event took place close to the bottom of the market.

A chartered accountant by training and an avid art collector, he founded Sprott Securities (now called Cormark Securities) in 1981, which is one of Canada’s largest independently owned securities firms. He then established Sprott Asset Management Inc. in December 2001 as a separate entity. The company now holds more than $10-billion in assets under management.

He took the asset management firm public in 2008, shortly before the market meltdown, and it has spent the last three years trying claw back to the IPO price of $10 a share. The company has grown aggressively through acquisitions and the launch of new investment vehicles tied to precious metals.

While Mr. Sprott stepped down as CEO of the company last year and relinquished day-to-day operations, he continues to be the driving force behind the company’s investment strategy.

This entry was posted in News. Bookmark the permalink.